Award-winning TV host, singer and actress Mmatema Moremi has joined the cast of “Rhythm City” as Valentine, a daughter of a domestic worker from The Vaal. Valentine is a seductress with ambition and nothing solid to offer. She sees herself at the top with no qualifications.

“I have always loved Rhythm City, my brother and I would always make sure that we watch it at 6pm before it moved to 7pm. For me to be on it is so amazing, a dream come true” commented the actress.

Although Valentine doesn’t sing, Mmatema is hoping that one day the producers make her one of the singers. “it would be even more amazing if Valentine would sing on the show”, concluded Mmatema.

Moremi was the leading lady in the stage musical A Tribute to the Manhattan Brothers at Soweto Theatre last year. Not that Moremi has turned her back on music. In fact, she will be recording her debut album live on March 3 at Atterbury Theatre in Pretoria.

She said of the album: “It’s called The Definition of Me; people will get to find out more about this woman they love so much. I am a born- again child of the most high, woman of God. Expect songs that will speak to normal people, especially women.

“I’m independent on this one, only using a live band. My secret has always been prayer. And I have a lot of surprises and announcements to share.” 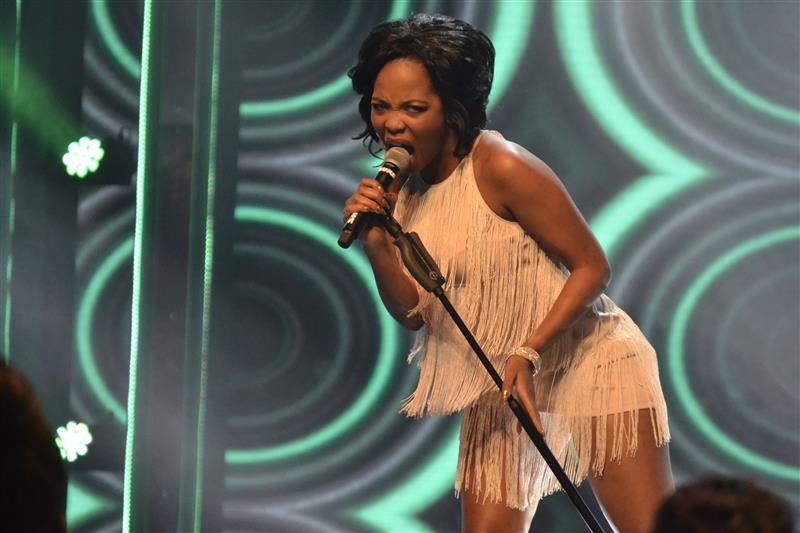 Mmatema is a celebrated singer, songwriter who rose to fame from South African Idols Season 11th. She has acted on a number of shows including SABC 2’s “Bones of My Bones”. She is also the current host of SABC 1’s Gospel music show “Gospel Unplugged”. This talented beauty from Zebediela, Limpopo studied Applied Linguistics from the Tshwane University of Technology before pursuing her musical dream.

As a musician, she has performed with a number of great acts the likes of Benjamin Dube and she has released her debut album with lead single Ke Lerato. Mmatema appears on Rhythm City on e.tv Monday to Friday at 7pm.